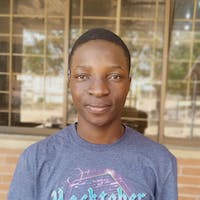 One way to greatness is discovering and grooming yourself to achieve your goals - starting it small and improving to make it massive. At first I didn't want to come up with this article but on a later thought, I concluded to pen my reflections. At the end of 2019, I had a lot of plans for the coming year, although I had no roadmap or strategy to achieve this but in the end, a story emerged.

The first quarter of the year didn't really go as planned due to my inability of owning a personal working system. Towards the end of the quarter, I was able to get one, all thanks to my boss. I was eager to learn and cover for the past two months I was unable to do anything but was always stuck with my academics - That's also a priority, you know 😉. For every situation (good or bad) that occurs, there will surely be an opportunity to make something remarkable out of it. The global pandemic crisis (COVID 19) appeared like a thief in the night and caused a halt to almost all activities - This was a blessing in disguise to me as I got enough time to learn and practice.

HNG Finalist: After hearing about the great internship since January 2019, it has always been my ambition to become a finalist. But as fate had it, I couldn't fulfil this ambition until my third attempt, HNGi7. Yes, I participated in the 5th and 6th editions

Developer Student Clubs Lead: My journey in tech started through the community when it came to campus. It was one of my great wins of the year, becoming the Lead. Leading a community of student developers and giving back to the community that groomed me.

Became a better frontend developer and got some gigs to work on. I am still learning and improving the skills daily

It was one of my plans of the year to dive into article writing but guess what? I was unable to fully achieve the plan as I only added two articles to my name. Building and deploying a react application from scratch (part 1 & 2): These articles were born due to my inquisitiveness of knowing how create-react-app actually works under the hood. I had a problem installing the package and decided to learn how each component works and how they are fitted together. Part 1 of the article explained setting up the development environment, transpilers, bundlers, linter, prettiers, etc. The part 2 explained setting up react fully.

Building and deploying a react application from scratch (part 1)

Building and deploying a react application from scratch (part 2)

I gave my first and only talk of the year at the info session organized by DSC Fountain University. Great thanks to the Lead for giving me opportunity

Due to the COVID-19 strike, there was a limit to number of physical events held. The only physical meetup I was oppurtuned to attend was the HNGi7 finalists meetup. I also attended some online events - Kwarabuild conference and some DevFests

The year wasn't all for wins as I recorded some failures. It was part of the year's goal that I become a full stack developer but unable to achieve this. Despite that, I made sure my frontend skills were really worked upon.

I got some little setbacks in my academics due to more devotion to my coding life but hope to make amendments in the coming year.

Got a number of rejection mails and ghosting from companies.

I completed my service as the Assistant General Secretary of Nigerian Universities Engineering Students' Association (NUESA), KWASU chapter after a whooping 19 months in office.

The wins for this year were remarkable and 2021 looks promising to be greater. I intend to achieve the following and push massively to get them done

If you've read this far, I hope you weren't bored? This was how my year went. I will be glad to hear reviews from you and don't forget to give a like